Gerhard Mitter, one of the drivers who lost his life in F1 during practising for BMW F1 car back in 1969.

Mitter was a successful driver before entering F1, he won FJE at the Nurburgring and later was called by Formula One Team Porsche.

He drove for Porsche at the German GP back in 1963 and Mitter drove amazingly finishing in P4.

In 1964 Lotus F1 team offered him three years contract but his time with Lotus wasn’t good enough as he couldn’t score any points in three years.

However, after finishing his contract with Lotus F1 team he was out of racing for three years until BMW offered him a seat.

He joined BMW in 1969 but this time in Formula Two, during the practice of the German GP a suspension or steering failure of the car, in which the team suspected, Mitter lost his life. 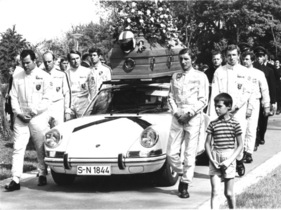