Michael Schumacher – the man who will be remembered as one of the best drivers ever lived.

His Formula 1 career in pictures… 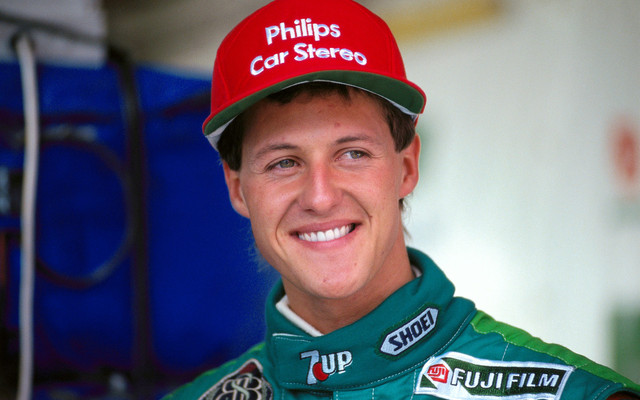 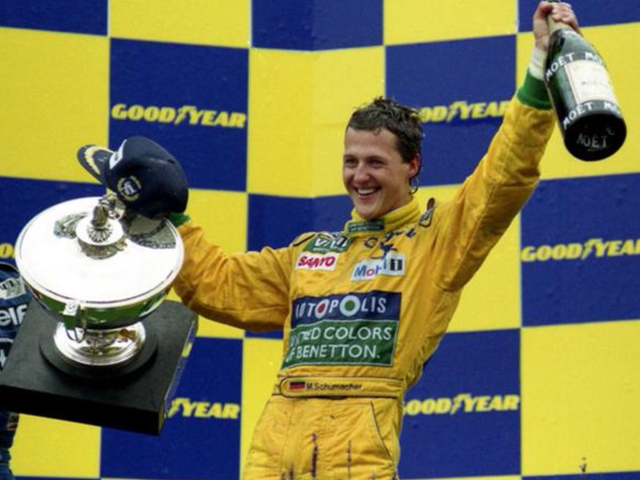 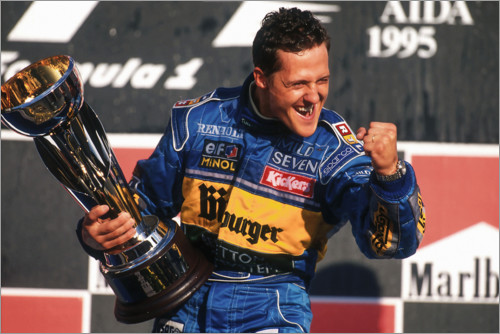 Michael Schumacher era started in 1994. He wins his first F1 title with Benetton.

Not a year to remember as F1 lost one of the best drivers in history back in 1994 (Ayrton Senna). 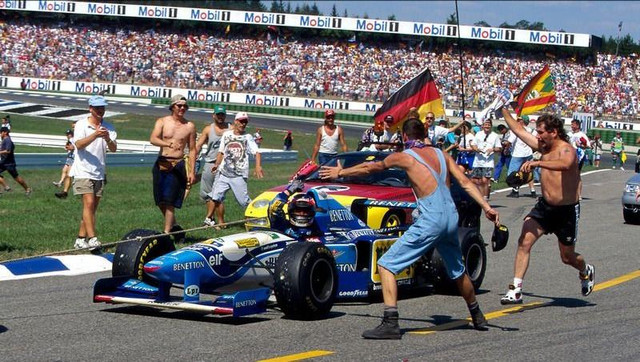 Michael Schumacher wins his second title with Benetton in 1995 before he joined Scuderia Ferrari. 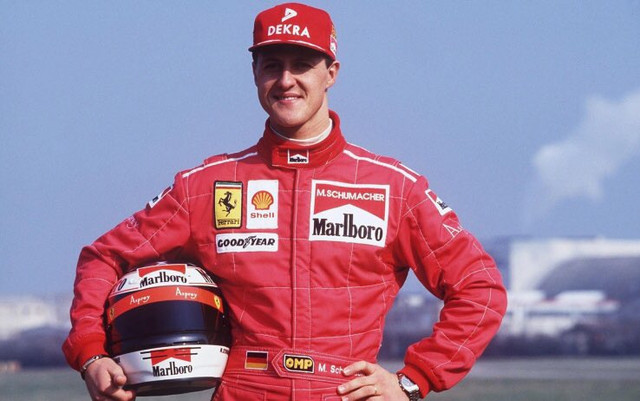 His purpose was to make Ferrari a winning team again. His car wasn’t good enough to fight for the title that year. 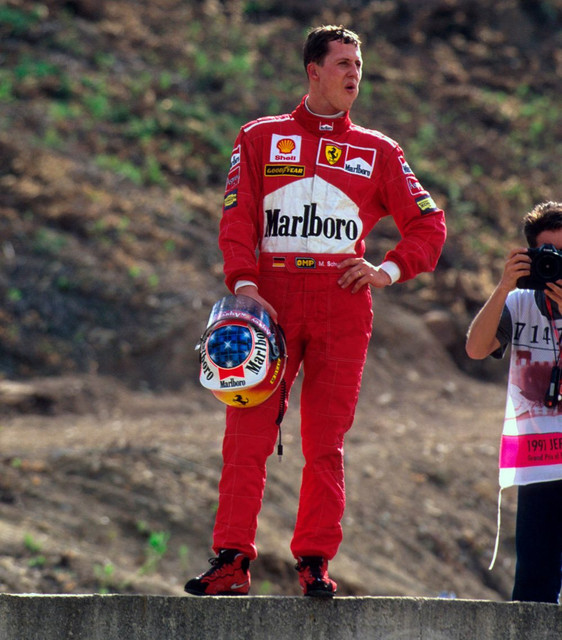 The 1997 not a year to remember for Michael Schumacher. Schumi was a favourite to win his third title now with Ferrari but unlucky, Michael was disqualified from the championship after colliding with Villeneuve in the last race. 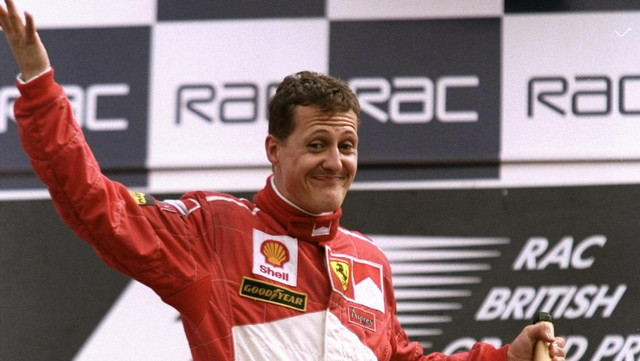 In 1998 and 1999 it was impossible for Ferrari to match McLaren team. Mika Hakkinen wins F1 title twice in a row! 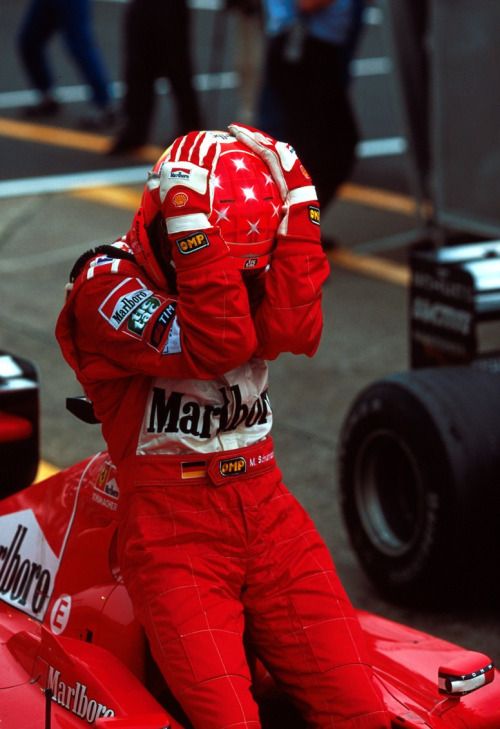 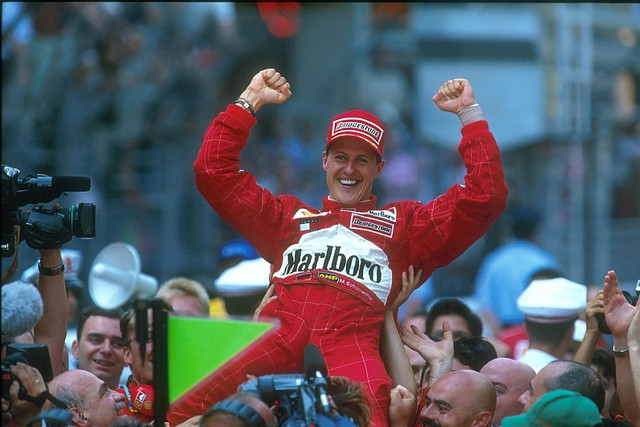 It’s 2001 and Michael Schumacher wins his second title with Ferrari and his fourth F1 title! 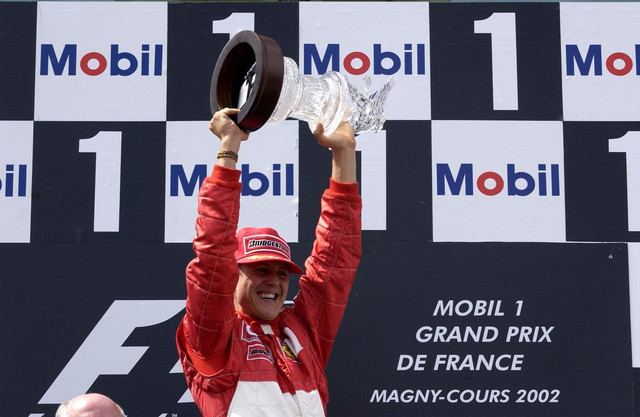 Ferrari and Schumi dominance continues as he wins his fifth Formula 1 title! 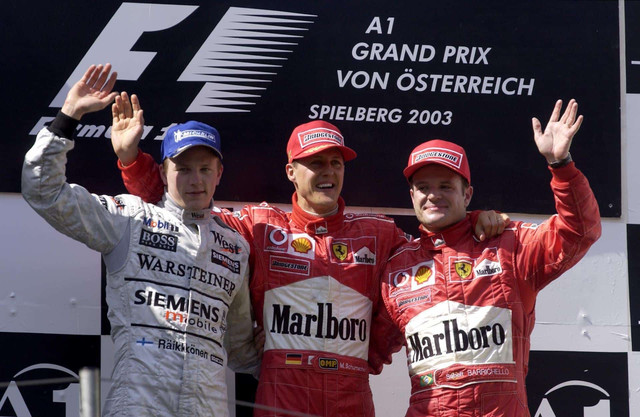 Not a very happy year for him as he lost his mother in 2003 but his dominance in F1 continues as he becomes champion again. Winning his sixth! 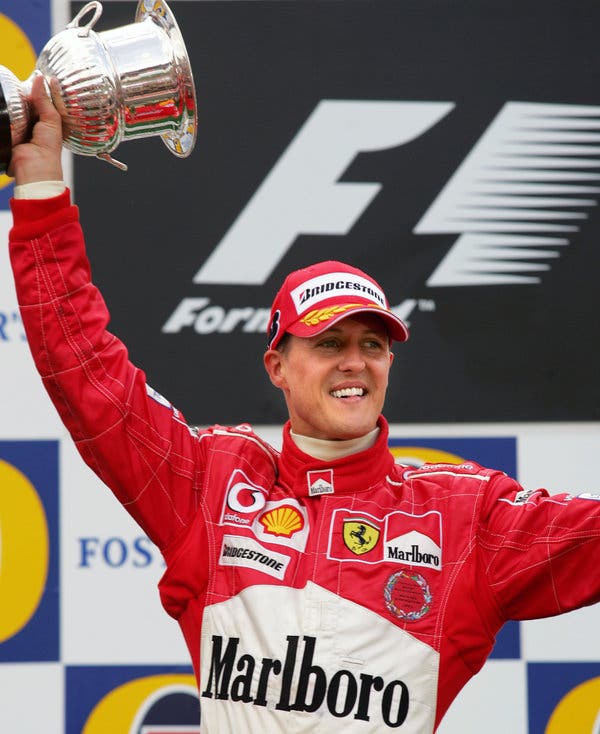 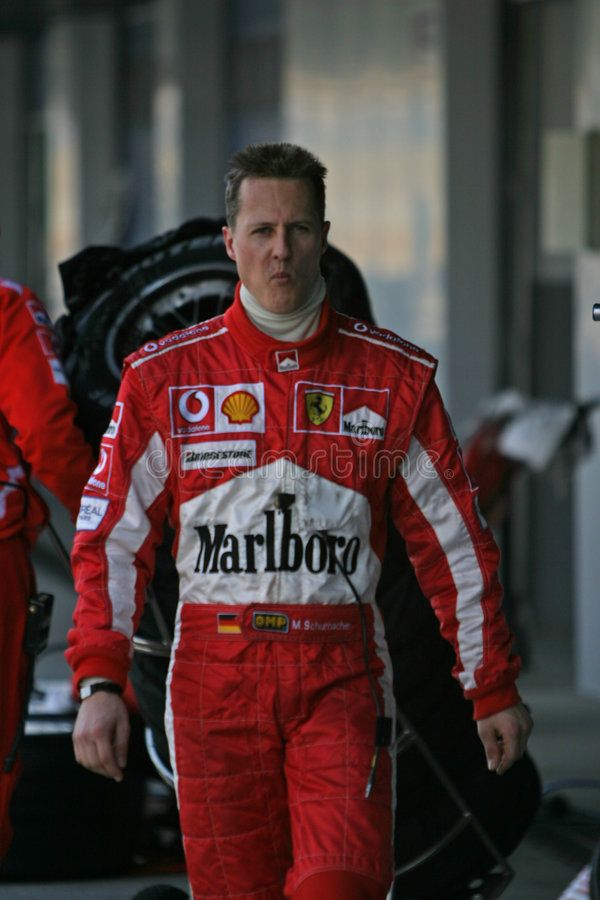 2005 a difficult year for Michael and Ferrari. Alonso wins his first title in F1. 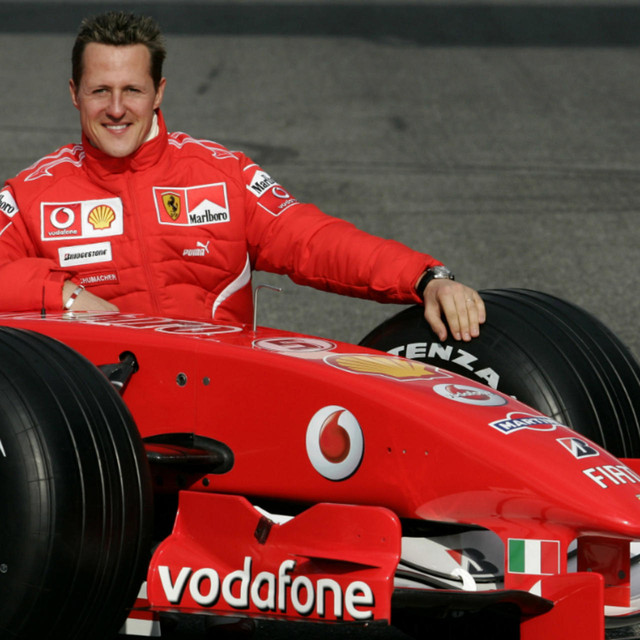 However, he had a great season and fought with Fernando Alonso during 2006. He lost the title in the last race as Ferrari engine broke during the race. What a disappointment, Michael Schumacher decides to quit Formula 1 in 2006. 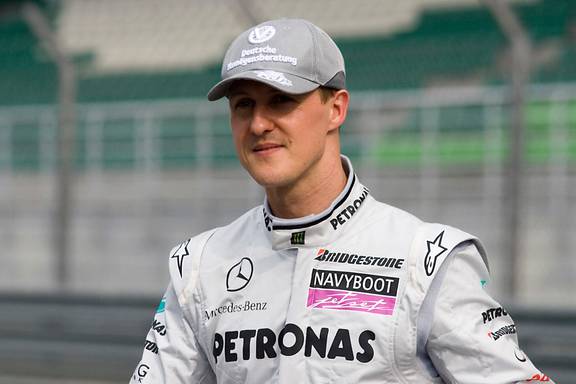 What a surprise for Michael Schumacher fans… Schumi comes back in Formula 1 but now with Mercedes team where he spent three years there. From 2010 to 2012. 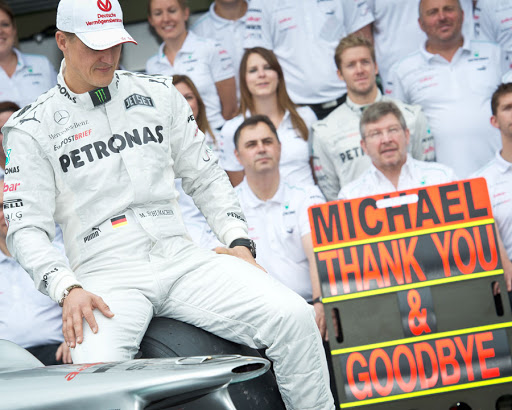 Michael Schumacher career ends in 2012. Mercedes couldn’t make a winning car for Michael but every Schumi fan enjoyed his comeback.