The car was made by automaker Ferrari in Modena Italy. Back then only two cars were made by the manufactureer.

If you look at it’s weight, we have similar weight to actual Formula 1 cars, which is impressive. Back when aerodinamically the cars weren’t safe.

If we look at it’s chassis, there was used a steel tube-frame. It had a double wishbone suspension.

It was used for racing, it’s first debut was in Pacienza driven by Franco Cortese. He was unable to finish the race even the car was stronger than the Maserati 6CS. 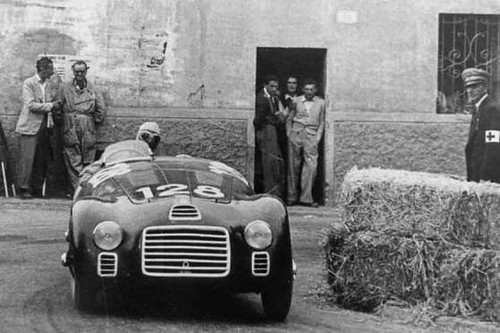 Weeks later a victory came for Cortese, who drove the same car at Rome. He won 6th races out of 14th back in 1947.